In September, 2019, I learned that an 18" double Cherry SV Box was being offered on eBay with the claim that I made the box. It didn't look like one of my boxes; so, I investigated. After getting the name of the seller, I was able to check my records and verify that I did make an 18" double cherry box for this seller; but, the box they were offering on eBay was not the box I had made for them. The box they were claiming was made by me utilized cheap plywood for the back panels and cheap stamped metal hinges. I have never oriented the grain of the back panels in the horizonal direction like was done with the box this seller listed on eBay. I didn't see any type of mortise lock or latch hook. I cannot know for certain; but, I doubt the box being offered had mortise and tenon joints for superior strength.

I provided the seller on eBay with the pictures of the box she purchased from me 7 years ago and asked her to remove my name from her ebay listing. After getting several nasty replies from her, I contacted eBay customer service. The agent agreed to take appropriate action to remedy the fraudulent listing. The next day the seller had removed my name from her listing. The seller now describes the box as made by "an undisclosed crafts person who chooses to remain anonymous".

Below are pictures of the box I made for this eBay seller 7 years ago: 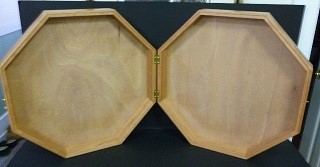 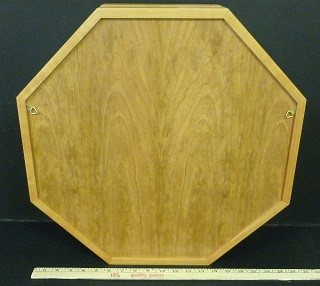 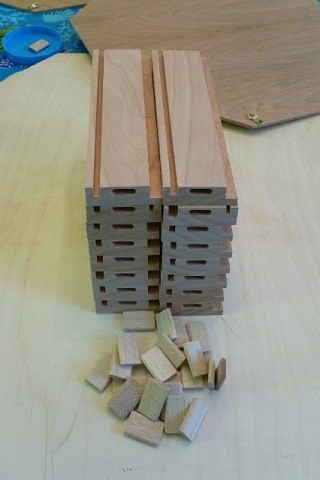 Here are pictures of the box listed by the eBay seller who claimed I was the maker: 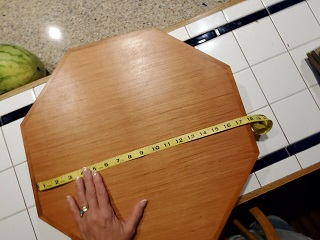 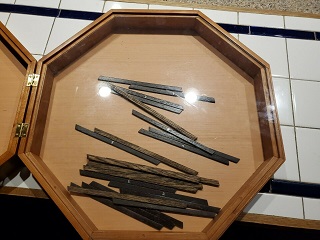 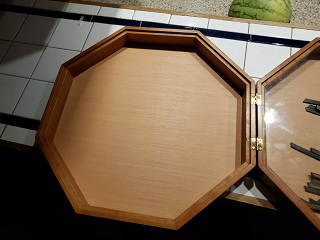 If this woman was intentionally using my name to try to sell someone else's work, then it constitues fraud, pure and simple. Legally, this is known as "passing off". Click here for more information: https://aaronhall.com/trademark-unfair-competition-passing-off/

You can buy my boxes directly from me; or, you can buy them from DELS in East Freetown, Mass. I also provide boxes to several artists who use them in the classes they teach.

If you are offered a box by someone who claims it was made by me, feel free to contact me for verification. Our reputations should be based solely on our own work, not the work of others.
Orders over $200* Ship Free to Contiguous United States
(*after any discounts have been applied)
shipping rates and returns policyFAQHow To'scustomer Shell Artcustomer comments